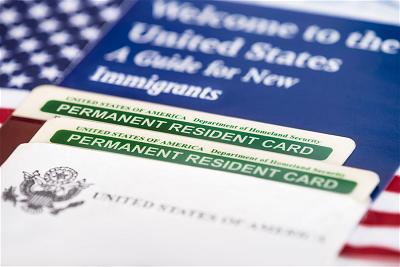 You may be eligible to apply for a green card (permanent residence) through your family, job offer or your employer, refugee status, or some other special provisions. In some cases, you can even ask or make a permanent record on your behalf. In general, to meet the requirements of permanent residence in the United States, you must:

Each of these requirements can be detailed as follows:

Conditions for the migration field
Individuals want settlement (permanent residents) through family members are eligible, job offer or employer, or a special item will generally be classified according to the categories based on a priority system. Except for the direct relatives of a U.S. citizen is the highest immigration priority and a few other exceptions, Congress has set limits on immigrant visas for each category each year.

The general categories are described as below:

Family relationships:
Some relatives of U.S. citizens, known as direct ones, do not need to wait for a visa to take effect. Unlimited number of visas each year. Direct relatives include:

Note: U.S. citizens must be at least 21 years old to apply for parents
The qualified relative of a U.S. citizen or an individual resident of the cases based on the remaining family may have to wait a valid visa before applying for permanent residence. These cases include:

Based on the work sponsorships:
Applicants who want to immigrants on the basis of the employee or job offer can apply for permanent resident or immigrant visas abroad. When the number of immigrant visas valid based on the following order of priority:

OK
We use cookies to help us understand ease of use and relevance of content. This ensures that we can give you the best experience on our website. If you continue, we'll assume that you are happy to receive cookies for this purpose.